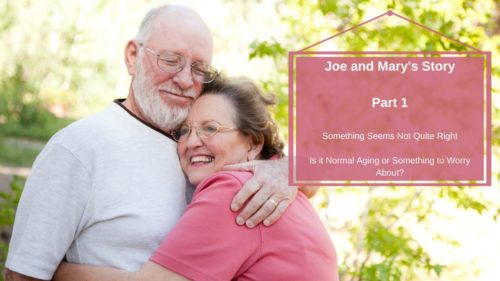 Given June is the month we celebrate Father’s Day, we thought it would be good to highlight Dementia and how it impacts men. Time got away from me this month, but that’s okay. We begin Joe’s story today. While Joe is a fictional character, his story is based on the stories of real people and real situations. Over the next several weeks, Joe and Mary’s story will put together some puzzle pieces with the very questions millions of people ask every day. 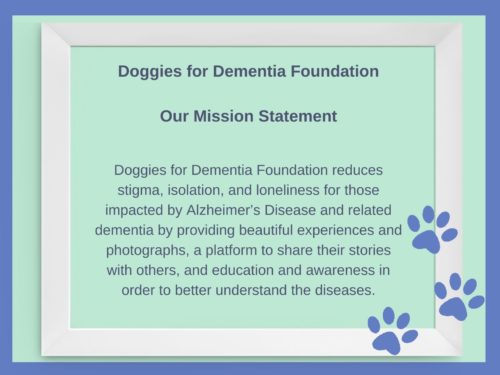 Part of our mission to provide education for those impacted by cognitive issues. In addition to video programs with experts to answer a variety of questions for caregivers, we also raise awareness to help reduce the profound and painful stigma associated with dementia.  This week we talk about Joe and Mary as Joe shows some signs of cognitive decline.

Mary, Joe’s wife first noticed Joe’s memory problems about five years ago when he was around 69 years old. The problems came on slowly, and Mary often wondered if the little things were something to worry about.  His long term memory was great, and he loved talking about the distant past in precise details. However, he often repeated these stories forgetting he had just told them. He also needed friendly reminders about what happened the day or week before. He struggled using the remote control for the television even though he was the one to originally program it. His wife worried because he ran errands for them, and would laughingly call her to tell her how construction caused him to lose his way and the GPS wasn’t working right. 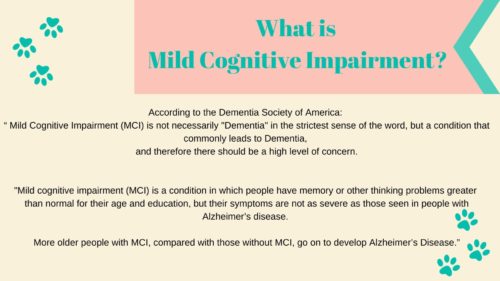 It took almost five years before she recognized a pattern.  She was afraid to tell the family doctor for fear of embarrassing her husband Joe. She began by providing him reminders, ignoring his repetitive stories, helping with the remote control and other things before he could ask. She said, “If I woke up one day and saw he was sick, it would’ve been easier. This came on so slow, and I adjusted not thinking twice about it. When I look back over the past few years, I can really see the changes.  I know this is not normal.”

Mary wants to have him evaluated for cognitive problems, and she is also afraid of what they might hear.  She decides to wait a little longer, although it is always on her mind. She is filled with dread, but
googles memory problems.  She reads about something called Mild Cognitive Impairment and Alzheimer’sDisease, and decides to talk with her family and friends.

Are Those Changes Something to Worry  About? 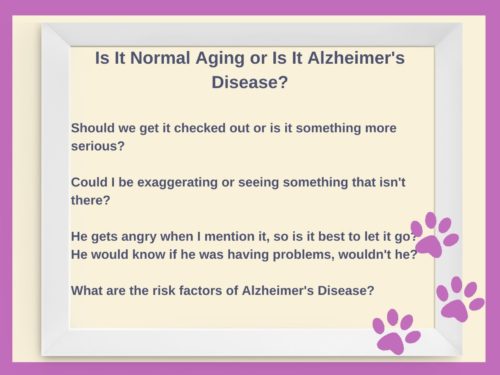 Her family and friends initially reassured her that he was just getting older and there was no reason to make a big deal out of little things. Their comfort simply increased her anxiety because she had a gut feeling something was seriously wrong. Even so, since Joe continued to do the household chores and take care of himself, she decided to ‘wait and see’ as the months flew by. Joe managed to balance the checkbook with just a few errors, paid bills on time and started to keep detailed notes of things to do for himself. He insisted nothing was wrong, and this too was a pattern for Joe, who was 5 years older than his wife. He resisted any conversation about difficulties or aging, and Mary was reluctant to bring them up.  Everyone was afraid, and handled it in the best way they could.

Joe had elevated cholesterol, a history of concussions while playing high school football and a long term habit of smoking. Each of these increased his risk of developing dementia.  He was physically active, playing
tennis regularly and this was a positive step toward being at his healthiest and avoiding dementia.

Researchers have identified several risk factors that affect the likelihood of developing one or more kinds of dementia. Some of these factors are modifiable, while others are not.

Age. The risk of Alzheimer’s disease, vascular dementia, and several other dementias goes up significantly with advancing age.

In most cases, it is impossible to predict a specific person’s risk of the disorder based on family history alone. Some families with Creutzfeldt-Jakob disease, Gerstmann-Sträussler-Scheinker syndrome, or fatal familial insomnia have mutations in the prion protein gene, although these disorders can also occur in people without the gene mutation. Individuals with these mutations are at significantly higher risk of developing these forms of dementia.

Abnormal genes are also clearly implicated as risk factors in Huntington’s disease, FTDP-17, and several other kinds of dementia.

Many people with Down’s syndrome show neurological and behavioral signs of Alzheimer’s disease by the time they reach middle age.

Smoking and alcohol use. Several recent studies have found that smoking significantly increases the risk of mental decline and dementia. People who smoke have a higher risk of atherosclerosis and other types of vascular disease, which may be the underlying causes for the increased dementia risk.

Atherosclerosis. Atherosclerosis is the buildup of plaque – deposits of fatty substances, cholesterol, and other matter – in the inner lining of an artery.

Atherosclerosis is a significant risk factor for vascular dementia, because it interferes with the delivery of blood to the brain and can lead to stroke. Studies have also found a possible link between atherosclerosis and Alzheimer’s disease.

Plasma homocysteine. Research has shown that a higher-than-average blood level of homocysteine, a type of amino acid, is a strong risk factor for the development of Alzheimer’s disease and vascular dementia.

Back to Joe and Mary… 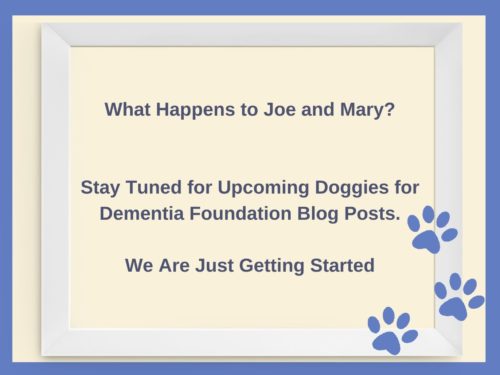 Mary urged him to get evaluated, but he continued to resist. Their son Michael visited, and at first he believed his mother might be exaggerating.  He and Joe went to a football game in their town, which was an annual ritual for them. Joe had trouble finding the way, and became anxious in the crowd. He decided to talk to his father about what he saw and his mother’s experiences when they got home. “There is nothing wrong with me,” Joe said. “I’m tired, getting older and I didn’t need your help to get there. You made me confused.  I can remember every ball game I ever played in.  I can’t believe you would insult me like this.” An argument pursued, and Michael and Mary opted to let it go for awhile. Were they seeing something that wasn’t there? Is it “normal” aging?
Mary and Joe’s story will be continued on our weekly blog in a few weeks.

We have a lofty Vision, and we are determined to not give up until we succeed in seeing our vision.
Mary and Joe’s Story will continue next week. 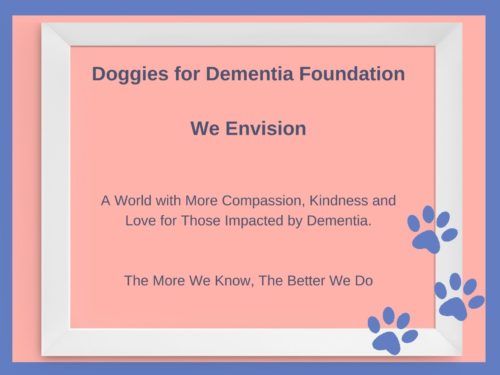