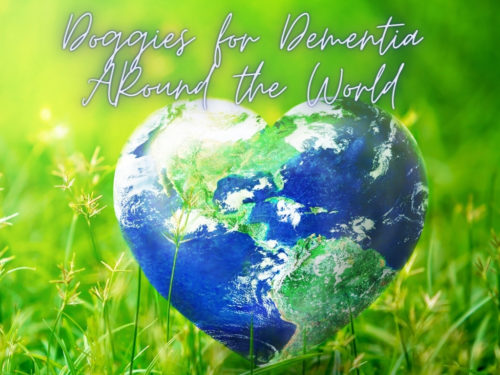 Alzheimer’s Disease and related dementia impacts people around the globe. Perhaps this is one reason I enjoy chatting and sharing interviews with people from all around the world. It is so interesting to hear about the care and and support afforded to those beyond the United States.

Today we chat with our friend Peter Hill, founder of the radio show The “D” Word about those impacted in the United Kingdom. There is so much more to this interview! I look forward to making a trip across the pond to visit and photograph. Doggies for Dementia Foundation is just getting started, and certainly traveling to other areas, teaching others to photograph and raise awareness as part of our foundation is all in the plans! 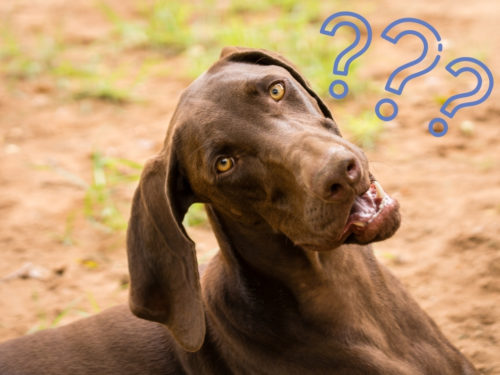 ?  What what is it like to work with people with
dementia-some younger than yourself?
? How did your radio show come to be?
? Who does your radio show help and how?
?  Why raising awareness for dementia is personally important to
Doggies for Dementia Foundation and Peter Hill?
We’ve got the answers!!

About Peter Hill:  Peter Hill began his career as an Environmental Health Practitioner in Local Government in the United Kingdom.He was born in London and lived there until moving to Hertfordshire when he got married. He spent 30 years as an Environmental Health Practitioner in Local Government including a time on secondment to the national Health Protection Agency. During that time he pursued a parallel career in radio working with some of the UK’s biggest broadcasting companies including the BBC with whom he won a local radio award in 2006 and Independent Radio News.In 2016 he joined The Alzheimers Society managing six weekly activity groups for people living with dementia in the community. When his contract expired he set up TDWRadio an internet radio service which includes The ‘D’ Word the UK’s only weekly radio show that has dementia as its focus. The show currently broadcasts on the UK Health Radio network which attracts 1.2 million listeners every month. We (Doggies for Dementia Foundation) were delighted to be on his show!
Pete lives with wife Gill, Phoebe the cat and his new Cockapoo puppy, Benny. He has one daughter.

Millions are impacted by Alzheimers Disease and related Dementias & just being around pets bring joy & reduces isolation. Doggies for Dementia Foundation is a 501c3 that provides support to people with Alzheimer’s Disease and related dementia to reduce isolation, and loneliness. We provide beautiful experiences and photos, a platform to share their stories and education. 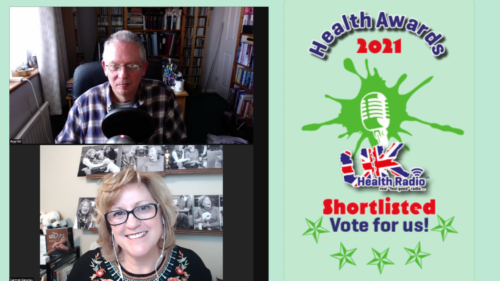 The UK Health Radio Awards are now live and I’m delighted that Doggies For Dementia has been nominated!  Check out OUR interview with Peter Hill and

Vote for Doggies for Dementia’s Episode with Peter Hill HERE